At Aker Eye Center, the health and safety of our patients and team members continue to be our top priority as we respond to the evolving COVID-19 (Coronavirus) outbreak.
Click here to read more. 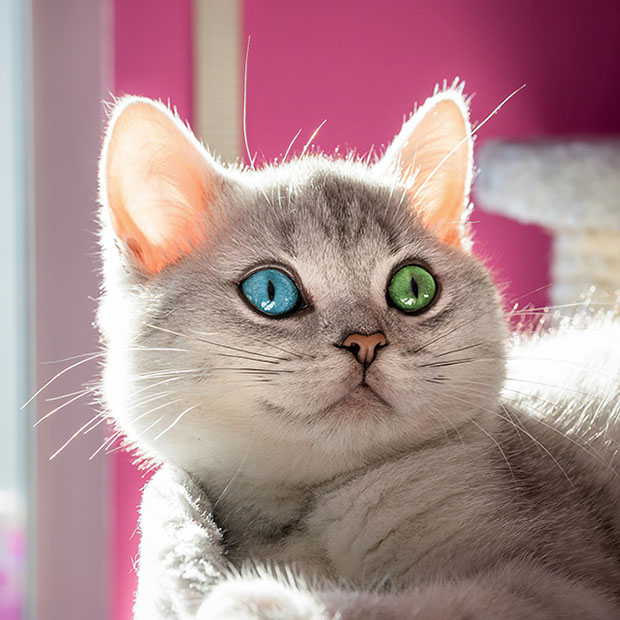 What’s the first thing you notice about a person when you meet them?

Statistically, there’s a good chance it’s their eye color! A striking pair of eyes can really make an impression — and that goes double when they’re two different colors. The scientific term for having different colored eyes is heterochromia, and it affects only six people in every thousand (though it’s much more common in cats and dogs). It can happen in a few different ways and for different reasons.

The most common type of heterochromia isn’t mismatched at all. It’s called central heterochromia, and it’s where the irises have a different color than the main color around the pupils. For instance, Olivia Wilde has blue eyes with rings of brown at the center. It might not be as eye-catching as mismatched irises, but the results are still pretty memorable.

For most people who have it, heterochromia is just a harmless genetic mutation that affects the way pigment develops in their irises, but it can also happen because of an injury or a disease. David Bowie had one permanently dilated pupil that made his eyes appear to be two different colors. Diabetes, eye tumors, and glaucoma can also make the eyes look less like each other. Mila Kunis’s heterochromia comes from having prolonged inflammation in one of her irises.

The Folklore of Heterochromia

Mismatched eyes have meant different things to different cultures throughout history. The pagans of eastern Europe thought they were witch eyes, while some Native American cultures believed they were ghost eyes that had the ability to see into heaven and earth. Modern culture mostly just sees them as being really cool.

However Many Eye Colors You Have, We Want to See Them!

The vast majority of people who weren’t born with heterochromia aren’t going to develop it for injury or disease-related injuries, but any changes you do notice with your eyesight are worth bringing to our attention. If it’s been a while since we last saw you, don’t wait to schedule your next eye exam!

All of our patients have beautiful eyes!

The content on this blog is not intended to be a substitute for professional medical advice, diagnosis, or treatment. Always seek the advice of qualified health providers with questions you may have regarding medical conditions.

You can schedule your next appointment with us online!

Let's continue the conversation over on your social network of choice.